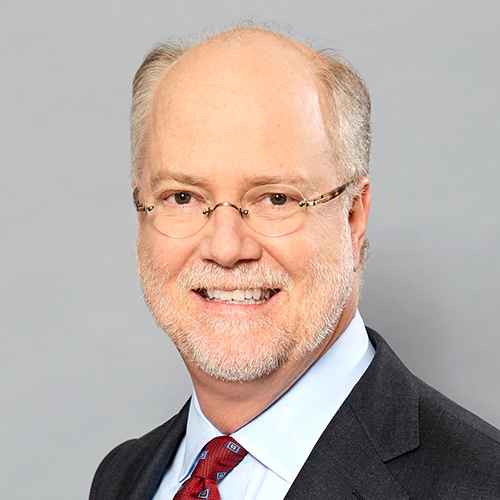 Ben Young represents parties in insolvency matters. He has extensive experience in workouts, restructurings, bankruptcies, and assignments for the benefit of creditors.

Ben is Partner in JMBM's Bankruptcy Group, which is recognized by U.S. News & World Report / Best Law Firms® with a Metropolitan First-Tier Ranking (San Francisco) for Bankruptcy Litigation and Bankruptcy and Creditor Rights/Insolvency and Reorganization Law.

Previous engagements include the representation of the servicer of a mezzanine loan secured by a corporate campus located in the Silicon Valley; Algonquin Gas Transmission in the Boston Generating bankruptcy case; Ambac Assurance Company as a secured creditor in the Local Insight Media Chapter 11 case and in the restructuring of a securitized film financing vehicle with an independent motion picture studio; the purchaser of the Hard Rock Park, a rock and roll themed amusement park, in the Chapter 7 case of its owner, the owner of a partially completed multi-billion dollar resort property in the restructuring of its finances, and assignees for the benefit of creditors in numerous matters.

Ben is a former Chair of the California State Bar's Insolvency Law Committee, is a past president of the Northern California Chapter of the Turnaround Management Association, and has been a member of the Bench-Bar Liaison Committee for the United States Bankruptcy Court for the Northern District of California and of the Board of Directors of the Bay Area Bankruptcy Forum. He is a frequent speaker on business bankruptcy issues including the topic Navigating Financial Stress Issues with Small Business Clients. 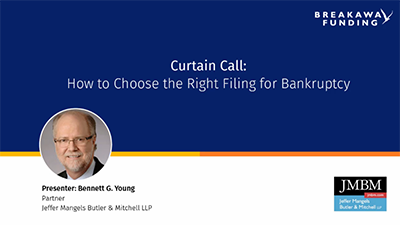 Click the image above to watch a webinar Ben presented on the
topic of "How to Choose the Right Filing for Bankruptcy."

Member, Executive Committee of the Business Law Section of the State Bar of California, 2002 to 2005

President, Northern California Chapter of the Turnaround Management Association, 1996 to 1998