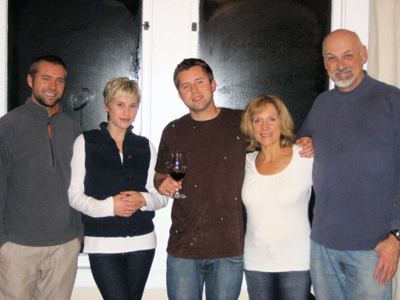 I never imagined when I was a young lawyer that I would stay at one law firm for over 30 years, but as it turns out, I will have been an attorney at JMBM for 30 years as of November 2, 2011.

I grew up in Stockton, California, a child of parents who made it in to the middle class as a result of the post-World War II benefits offered to veterans of that war. Stockton in the 1950's was a quiet town with nothing to do, especially for a girl, since there were no sports for girls in those days. As a result, my main goal was to get out of Stockton and become successful in a career that was interesting and exciting. My first step was to get accepted to UC Berkeley in 1971, and my second step was when I decided that I wanted to be a lawyer, without any real knowledge of what that meant. Lucky for me, Berkeley was at the same time making its first real push to bring in more women to the law school. When I was accepted to Berkeley Law in 1974, our class was one-third women - and that was viewed as a huge accomplishment by the school. (By the way, one of my "classmates" was Joanie Caucus - the cartoon character created by Garry Trudeau, who became a law student at Berkeley in the Doonesbury comic strip in 1974.)

I loved my law school experience at Berkeley, but when I graduated in 1977, I was in for a shock. I had to learn for the first time what working in a law firm really meant - the long hours, the unreasonable and unceasing demands, the lost nights and weekends. It was a rough first two years for me personally, and I had my doubts about whether I had chosen a career that was right for me. But I was lucky again when, out of the blue, the law firm where I started in 1977 brought in a group of 10 attorneys from another firm who did oil and gas syndications. They needed help, and they gave me a chance to work with them. Over time, I found that I clicked with the people and the work, and as a result, I found that being a lawyer wasn't so bad after all. Almost two years later, that group, along with me and several others from our law firm, founded the firm that became JMBM.

JMBM started with 13 lawyers in November 1981, mostly still doing oil and gas syndications with some litigation on the side. However, we quickly had to adapt when the market dried up for oil and gas syndications soon afterwards. We started to grow by hiring laterally. As time went on, JMBM became known as a place where lawyers from lots of different firms could create and run their own practice areas, knowing that the firm itself would be well managed so they could sleep at night without worry.

JMBM has always been about people who love to practice law, and who also love to be with their families and friends. For me, that was important, because I wanted to have a family as well as a legal career. From 1983 to 1988, I had three babies, and while they were growing up, I chose to work part time so that I could spend more time with them. I always thought that having the ability to work part time is what got me through those years when there was so much going on with schools and sports and activities. Later on, when my children were in middle school, I decided it was time to ramp up my career to a higher level, and made the decision to go back to full time legal practice.