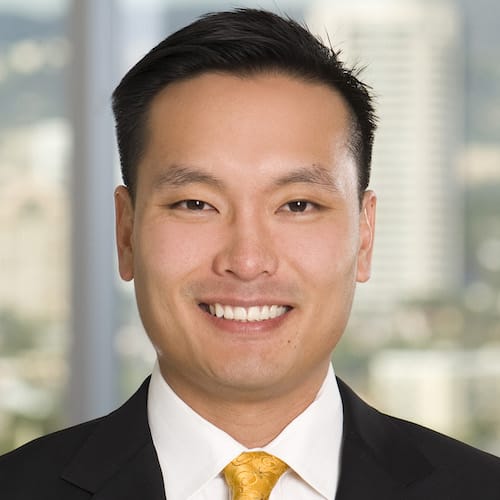 Rex has served as litigation counsel in a variety of intellectual property litigation matters at the federal district court and appellate court levels, and before the United States Patent and Trademark Office in both interference and post-grant review proceedings.

While in law school, Rex was the managing editor of the Kansas Journal of Public Policy and was selected to participate regionally in the Saul Lefkowitz Moot Court Competition. He is admitted to the United States Supreme Court, the United States Court of Appeals for the Federal Circuit, U.S. District Courts for the Central, Northern and Southern districts of California, and permanently admitted to practice in U.S. District Courts for the Eastern District of Texas and Northern District of Illinois. Rex is also registered to practice before the U.S. Patent and Trademark Office.

Rex is also an active member of both the legal and local community. He is a member of the Los Angeles Korean American Bar Association (Board member), and the KU Alumni Association (Big 12 LA Liaison). Rex also pens the “Federal Circuit Report” column in New Matter, which is the official publication of the Intellectual Property Section for the State Bar of California. Rex also coaches his sons' little league baseball teams.